ANDY: Welcome to another episode of Spreadable.

HELEN: TiNA, yeah. TiNA's this awesome, live art festival held here in Newcastle and it was one of the first projects that I jumped on when I first moved up here and joined Headjam. I was super excited to present this one this week.

ANDY: This Is Not Art has been going on for awhile now, and it's a really visually strong campaign. Yeah, we're going to talk to a bunch of our team about it.

HELEN: Yeah, so this week, you'll be hearing from Luke for the brief, and then Mike, Sarah Cook, Ben, and then Sarah Spence for some art direction, and then myself with the broadcast.

ANDY: Awesome. Let's get into it. We'll see you soon.

LUKE: TiNA has a very special place in Headjam's hearts. TiNA's been championing Newcastle, before Newcastle championed itself, from an arts and cultural creative perspective. When we came onboard, we really, for the first time, we were trying to bring data, and results, and metrics. So, we worked with a number of partners that TiNA had organized, to do a marketing evaluation and visitor evaluation surveys. And that was really critical. So, not only did we work

on the creative aspect, but we encouraged that side of the development, with the pure emphasis on trying to secure additional funding, to make the Festival sustainable. We collaborated with TiNA in 2015, 2016, and 2017. We had a good three year stint where, hopefully, we helped, and, hopefully, we provided a little bit of stability to the visual identity of that festival. To hand that reins over to other creatives, it's a really challenging thing to do, to let your baby loose. But it's really great, and to see that Festival last year be promoted in the positive way that it was, and I'm really excited to see what happens this year. 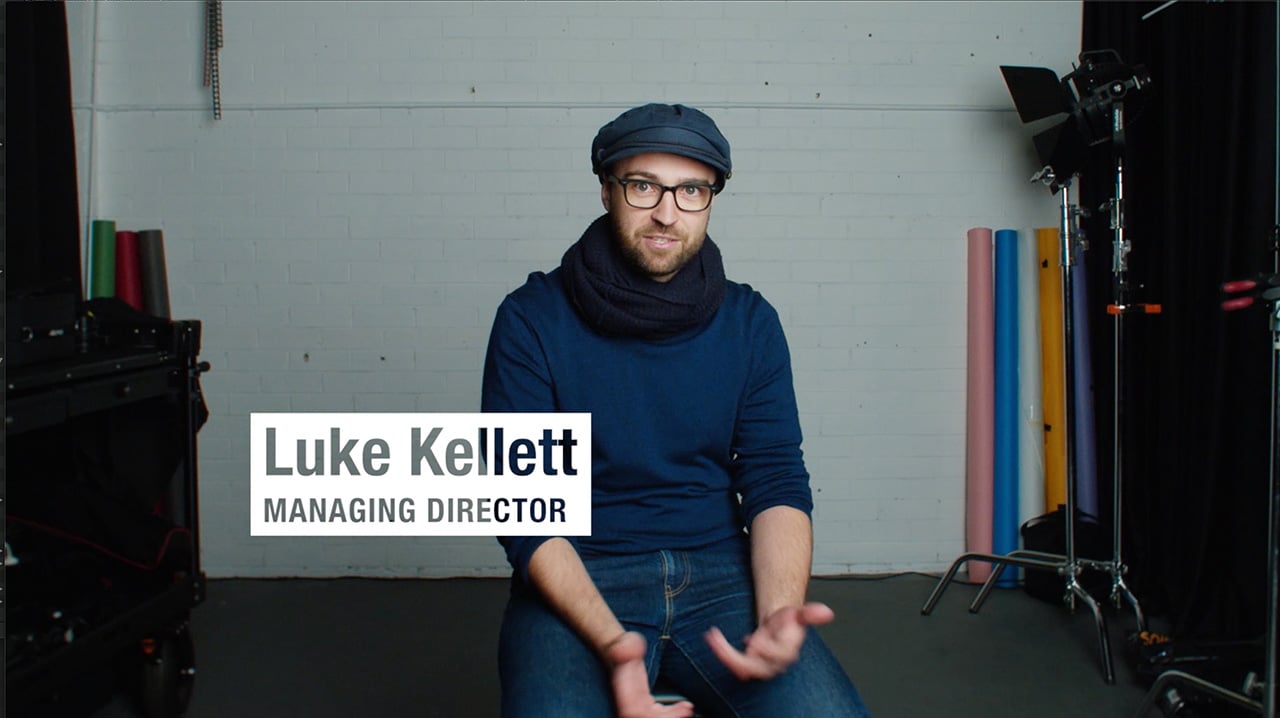 MIKE: I think we solved many of the issues to do with TiNA the first time we sat down with them and looked at what they were doing, and saw the program. Looked at previous work that had been done and we actually thought that basically what we needed to do, was have a simple structure that would allow them to change. So, we needed to be flexible, but also what we needed to do each year, was come up with a strong visual idea that would allow us to pull all that together. 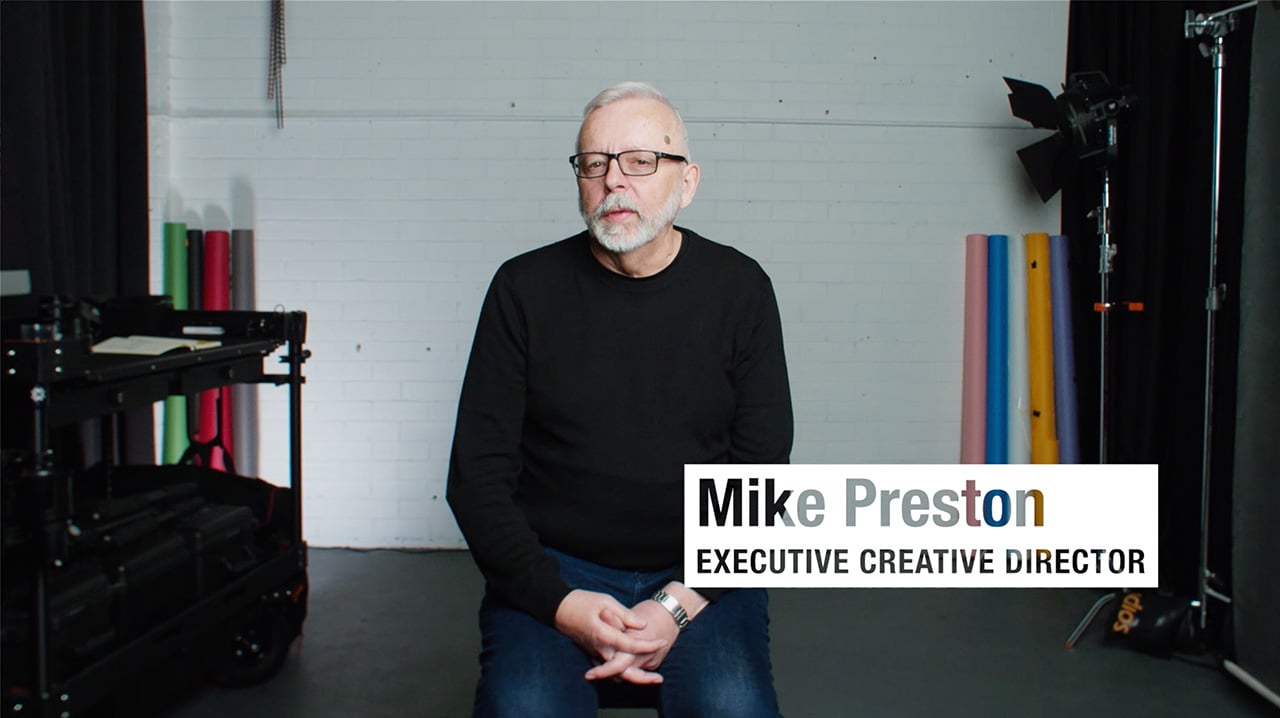 SARAH: The This Is Not Art Festival, or known to friends as TiNA, is an underground and emerging artists Festival that happens every year in Newcastle. It's a great place for experimentation, and you see a whole lot of stuff that is wild, and wacky, and unexpected, and just feels really playful to be able to experience something that's maybe not quite 100% polished, but that's it's charm. So, our solution for such a diverse Festival was actually quite stripped back, because what we didn't want to do was try to pin down what each artist was. It just had to be a clean slate that the artist could then be the personality, and the experimentation, and that wildness. So, our brand solution was quite simple, and typographic style. In the past they'd rebranded every year, which keeps things fresh, but at the same time, it wasn't getting the recognition that it needed. It had been in Newcastle for over 20 years now, and lots of people still didn't know about it. So, part of the concept was the use of color. Each year it was a different color, and that started with the first year, we did a balloon and then black that's got splattered across it, and the balloon turned black. We then took that idea of these black balloons all around the city. Because it's quite a spread out Festival, and it activates lots of different spaces throughout Newcastle, we really needed that way finding, those markers, to say, hey, TiNA's over here. So, we used balloons to do that the first year. From there, we just chose a different color each year. So, one year it was green, one year it was blue, and what it really meant was that we could just make it known that this was somewhere where TiNA was happening, by using color. It was also a really effective way to refresh everything.

BEN: We decided to build the TiNA app as a way for users on the go to be able to look up at what events were on. Normally, this sort of thing might be just outsourced to another developer, or even just using a service like Eventbrite, but we found it quite handy they could just come with us with a problem, we could solve it then and there. One of the big ones was they needed to be able to change a lot of locations at short notice if an event moves somewhere else, and we developed a system where they could quickly change the venue, and notify their app users about it. It was good to hear my friends talking about TiNA after it's been running for years and they'd never mentioned it before. But after the last couple years, I heard people that I hadn't mentioned our project to speaking about it, which was quite fun and cool. 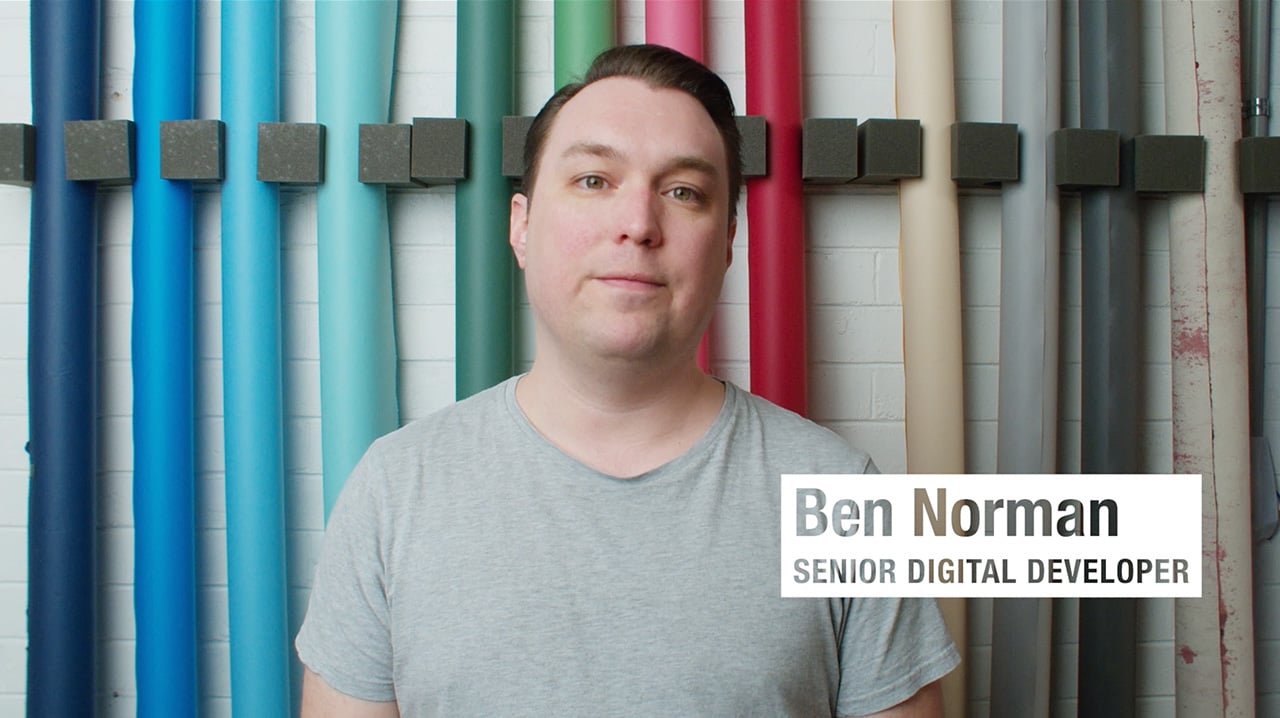 SARA: We needed to produce a video that showcased the color of TiNA 2017, which was this brilliant blue. I got to work on the concept behind the video and we came up with this idea that we would build this, basically, screen, or canvas, and attach this stretchy blue fabric to the front, and then we would get people to interact with it from behind, creating these really beautiful, quite kind of creepy, but interesting shapes. This was one of those bang for buck concepts, where we wanted something really high impact that wasn't too hard to turn around. It was really nice, the way that it quite quickly came together. For me, personally, it's one of my favorite pieces we've worked on from concept to execution. As I said, it was quick, it was fast, it was simple, and it worked really well. Had a really great response online. 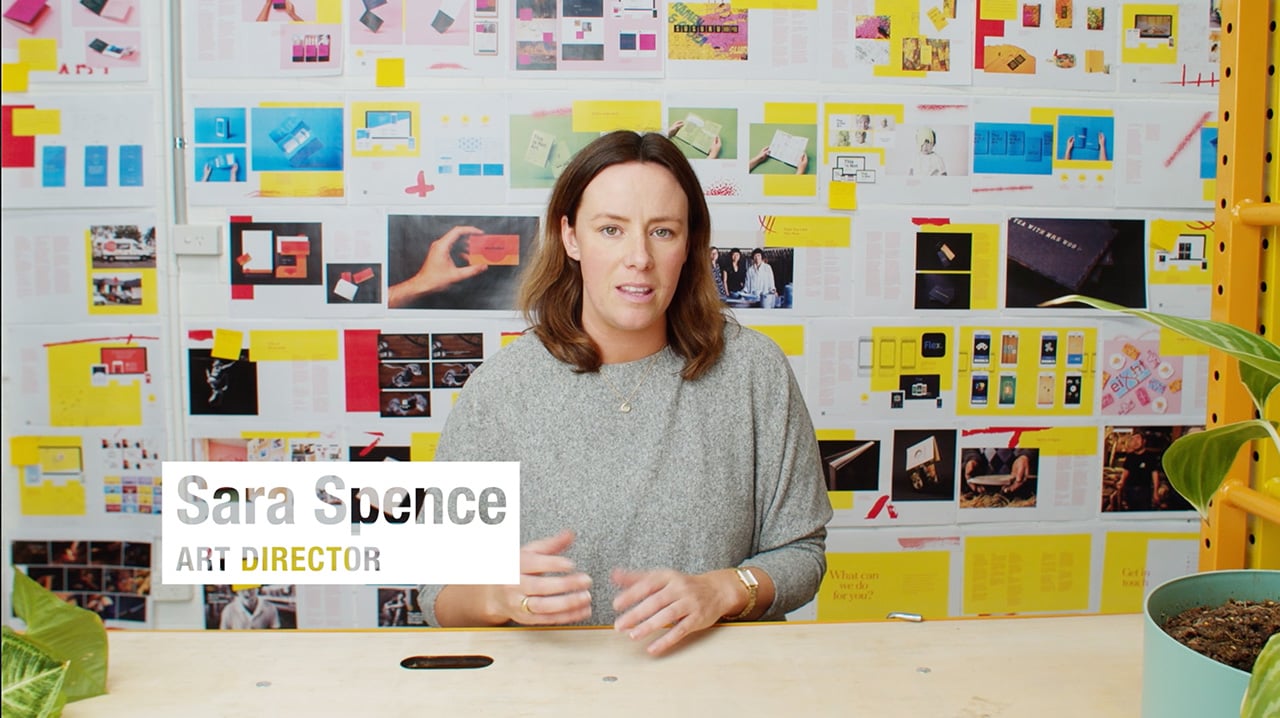 HELEN: Just before my time, Josh, the broadcast designer just before me, did this really cool video for their 2015 Festival, where it was a white ballon that was floating in the wind, and then suddenly, this big splash of black would then come out from off camera and just envelope the ballon. It comes back up, and it turns into a black balloon. That was all done in 3D. When it came to my turn to produce the TiNA video for 2016, I felt there was quite a bar that had already been set by Josh. I was thrown in the deep end with this one, because it was pretty much just in a concept phase when I was given it. All I was told was the theme color was green, and we were thinking of maybe having ink, or something, be poured over contributors, and we were going to film their reaction shots. So, taking on this concept, I was trying to figure out a really interesting, dynamic way to make that work. That's when I thought, well, why don't we try and shoot this in slow mo and key out most of the color, so that the only thing that was in color would be the goop that we were pouring over people. One of our great friends of the studio, Karl Brandstater was more than happy to lend us his red, as well as his cinematography skills, and together we shot this really cool piece where we had people come and sit down in a set. We created this milky consistency type of cream, and I think what was really awesome about shooting it in a fast frame is that you really caught people's reaction. Unfortunately, we couldn't heat the cream, because it would have been a pretty smelly shoot, but I think their reaction of it being cold and the shock of it going all over them, it was real and it was there, and I think that's also what live art is, it's an instant moment that isn't scripted. So, I was quite happy with that piece. I think it was pretty fun being thrown in the deep end at that point. For the 2017 video, it was really interesting seeing how different people reacted to that fabric in very different ways. Some people, who might have been dancers, really put their body through it and had their body flow, and you could see this really clear outline of a shoulder, or a hip, and then some people just pushed their faces in and you could actually see bits of beard, and nose, and chin, so that was really cool. It was quite a pleasant surprise, considering that there was a very quick turnaround in getting that video out from concept through to execution. 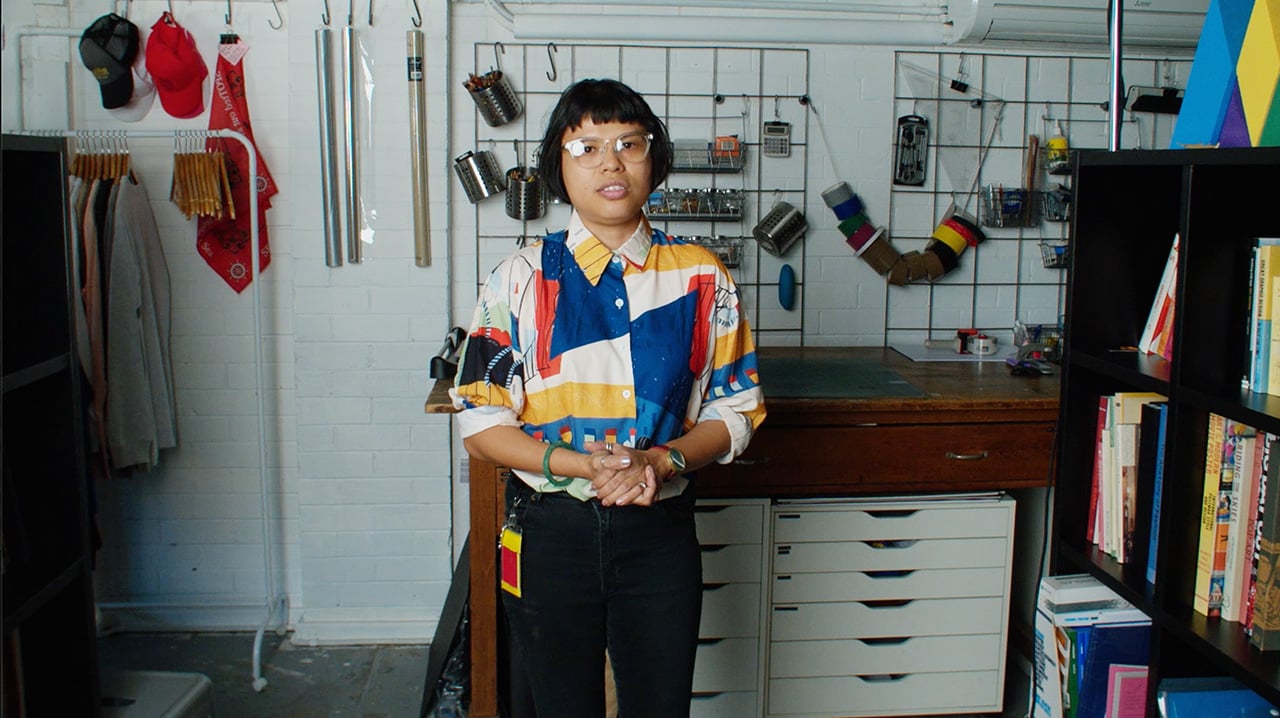