ANDY: Hello! Welcome to another episode of Spreadable, episode eight.

HELEN: Episode eight, what are we talking about today, Andy?

ANDY: Today we're talking all about Allambi Care and everything that we've done with the Allambi Care team over the last five to six years now. So we're super excited, you're gonna hear from a whole Luke and Mike will start and then we'll hear from Sarah as well.

HELEN: Yeah, and then you and I will be on camera this time speaking about the TVCs and production we did with them and then we've got Levi and finishing off with our photographer, Alex.

ANDY: Yep, so let's get straight into it, there's a lot to go through, so I hope you enjoy this episode. 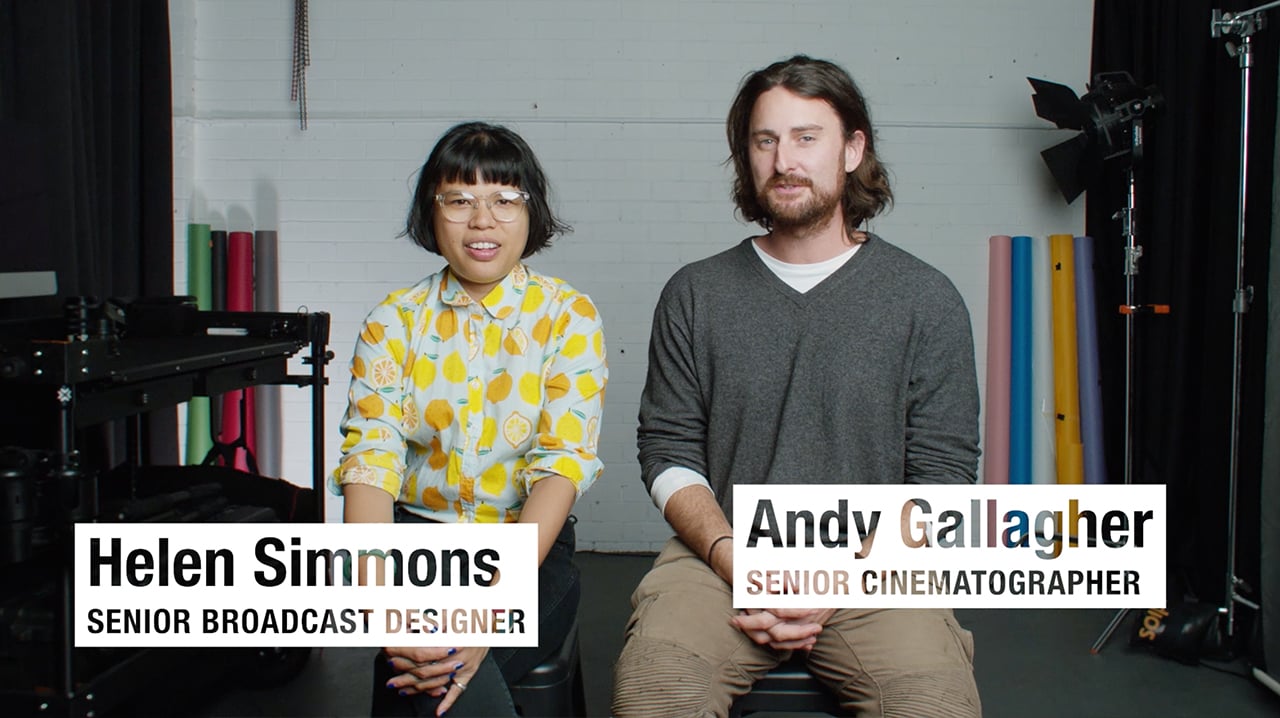 LUKE: One of the key things to the creative strategy from the Headjam creative team is how dynamic and quite radical the creative ideas are. We're very, very blessed to have a client, that enables us to push those boundaries and also is constantly looking at how they can push those boundaries themselves. Allambi as an organization, the biggest thing to understand is that they take on really difficult cases, they're one of the only organizations that will take on the extremities of what they do, so we took the polar opposite approach and kind of tried to develop a strategy and creative that was really hard-hitting and almost in a way reverse marketed and so we wanted to reduce the number of people that are inquiring, but make sure that the people that did inquire, the people that did contact us were the right people. So I'm really proud of our collaborations with Allambi Care over the last five years and to see that organization grow alongside us as an agency and how we continue to support them in a dynamic way and throughout all their service areas as they expand and as they grow and as they develop as an organization is a really, really rewarding thing to be a part of. So hopefully you'll enjoy looking through the creative output, but thanks for watching. 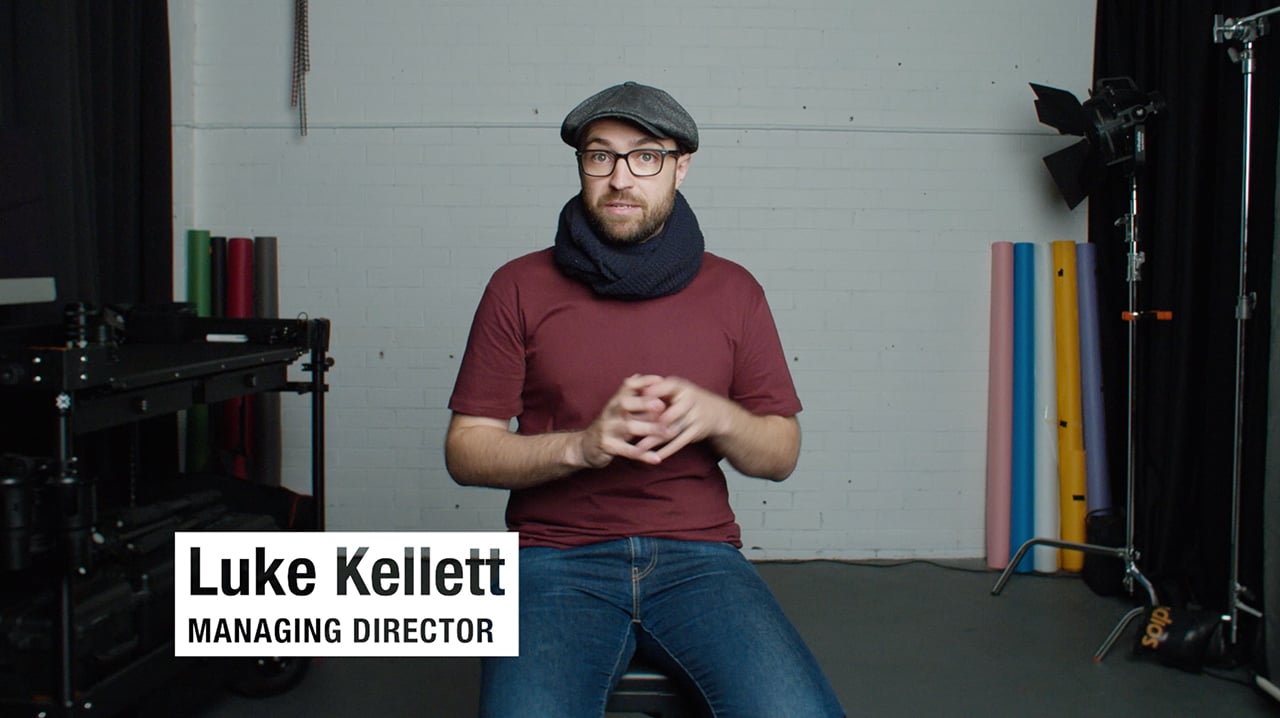 MIKE: The Allambi Care team are amazing, the first time we met them, we went over to their building and had the tour and met these people, who are actually dealing with people that other organizations, care organizations don't. So that in itself is pretty amazing, but it's also the way that they train their staff and the people who are carrying out that work. They have a thing called the Circle of Courage, which we found quite fascinating, it's a way that they can help their staff to go through these difficult periods that they would have with people that they're caring for. We also found that when we were talking to people who manage and help foster care parents, that a lot of them are actually foster

care parents themselves, so they've got that real experience and know what it's like, it's absolutely amazing, the dedication of those people and there's also much fun and laughter as well, there's sort of joy of life and the desire to help people to achieve their full potential in life, which is great.

SARAH: Okay, so it might sound a bit rich to say this, but the Allambi Care team are like the Avengers and that's what we wanted to bring out in the brand and when I say that, it's because it makes a whole team to really do the work that they do, they work with some of the toughest cases and they need that support from the entire team to make those days happen. So for the logo, we wanted to create a badge of honor, that the team could wear with pride and could unite them, it's on all their uniforms and it's on all their bits and pieces that they carry around with them each day. That sense of team was really important to us and it came out in some of the campaign work we did as well, we actually shot one group of people, that was the foster kids and then the parents and then the whole team that was around them, the entire Allambi team and it takes that many people to kind of do the work that they do, it's not a solo mission, it's something that takes a whole group of people to be really united and make this stuff happen. The imagery that we've used is quite moody and gritty and we're not shying away from the reality of the work that they do, it's a tough gig and it's a lot of hard work and I think we saw in the market place a lot of happy, smiling imagery that just looked way over the top and I guess what we were trying to show and what we've tried to do in all the campaigns we've done for Allambi is that it is hard, but you are making a difference and yeah, we really wanted to show that grit.

ALEX: So one of the particular images that we wanted to shoot was of a kid in a difficult situation. The reaction that he was having to that was he was screaming through that and then he was sort of shooting that in slow motion, where I had to capture a still for that as well. We worked together to sort of get the best outcome for that, that campaign brought around a suite of a whole heap of really lovely black and white images with that same sort of depth, we achieved that through being out on location, but sort of reinforcing a heap of light with a flash and sort of kept it quite moody and dark with just these little spots fading through and then again with the gray, sort of just bringing some of those blacks down a bit further. It was surprisingly a really happy shoot, despite the subject matter and yeah, it came together well. 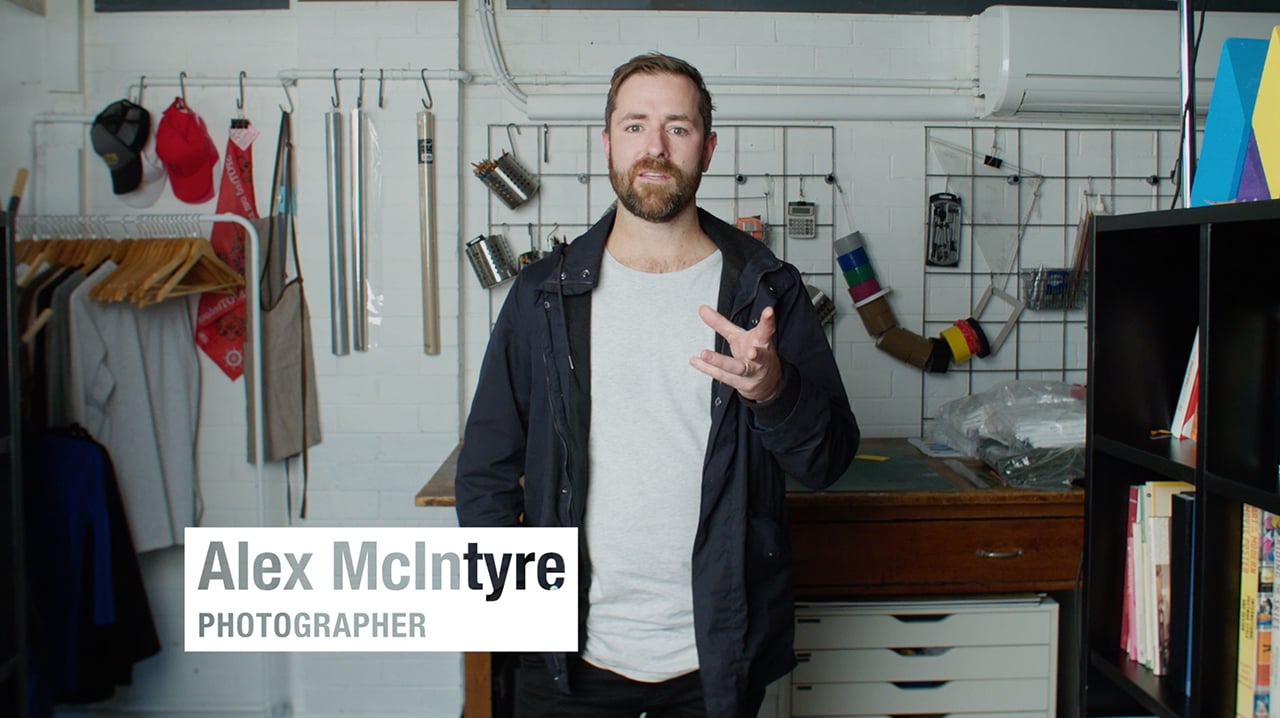 LEVI: A year and a day ago I started at Headjam and Allambi Care was the first site that I was asked to make. It was good because at that time we were starting to move sites across from Business Catalyst into Craft CMS, which is the content management system we use for all of our sites, so it was great because Craft, as well as being great for users, it's also a tremendously better developer experience, when compared to Business Catalyst as it is faster to get

sites up and running. Yeah, I really enjoyed working on the site alongside Ben, the senior developer, I think it was a great first project at Headjam. I hope Allambi Care is happy with the site, I had fun working on it. 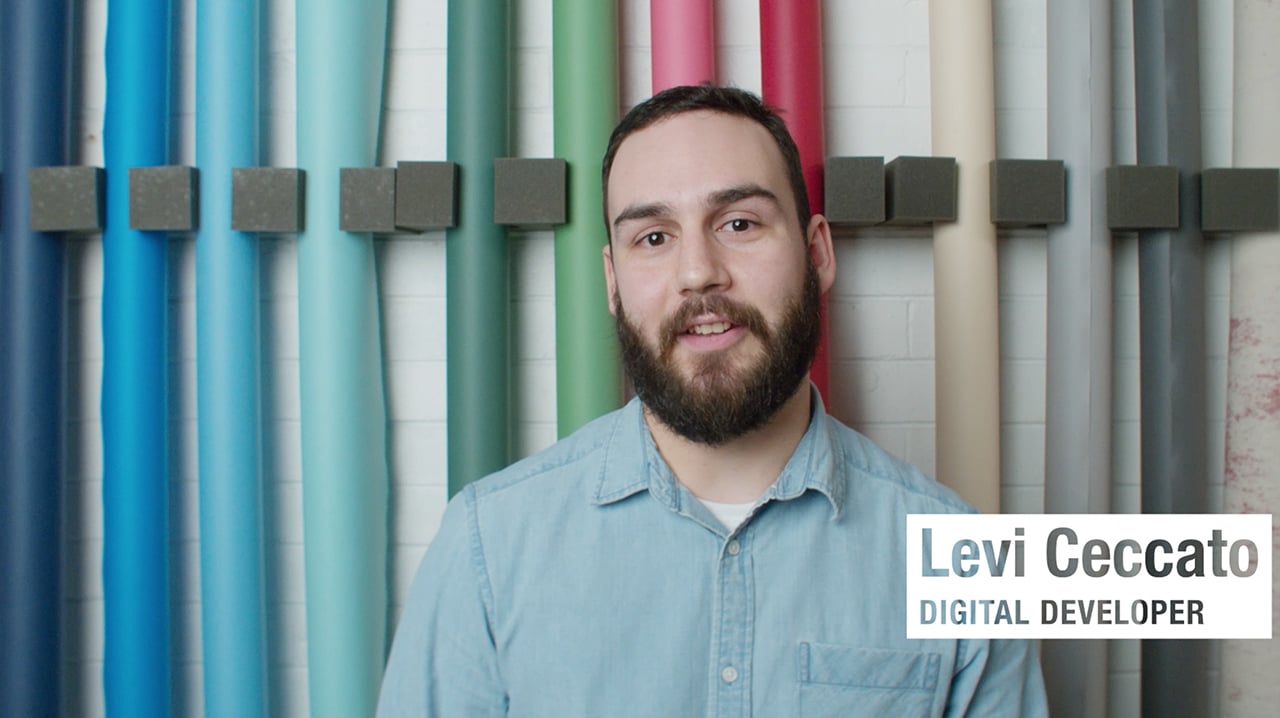 HELEN: Yeah, so this was actually a really interesting broadcast collaboration between Andy and I. When we were shooting the Allambi campaigns, Andy hadn't come on board as a proper Headjammer as yet, so at the time Andy would usually shoot everything for us and I'd also be on set shooting BTS and then I'd bring it in to the studio and do all the post production, which is similar to what we're doing now, but now we're tag teaming a lot more and I guess it was quite natural when we were in this project together in terms of being able to see the shots that Andy was trying to capture and kind of having a sense of Andy's workflow and probably his preferred shots and then translating that in post production.

ANDY: So we did have a challenge in that the creative for our first TVC required quite a young boy to scream directly to the camera lens and the performance needed to seem raw and real and pretty and quite a difficult task for anyone.

HELEN: Yeah, there were actually some really interesting techniques that I observed you using on the day, because I believe you've got experience working with children on set?

ANDY: We actually had a lot of fun with it. We kind of had these fun screaming matches between myself and the talent and we got to a point where we were literally laughing before we hit roll on the camera and then that energy really came through on the take that we used. We also were tasked with shooting the performance of the scream in super slow motion, a normal speed is 25 frames a second and you often see beautiful slow motion at 50, but we actually shot this at over 100 frames per second, so it looks really slow.

HELEN: And I think from a post production perspective, Andy really had enough takes for me to really select the right one, because those performances really had to hit the mark and we definitely got there, I believe, it was beautiful.

ANDY: And more recently we shot one of the more recent TVCs for Allambi Care and it's this great concept of solidifying that idea of it takes a village or a team to help out with these foster situations, so I controlled a studio environment this time and we really focused on really beautiful, natural light and making sure once again that the children on set were really comfortable and then, yeah, wrangling a big team like that is really fun, but we had a lot of, I guess people to help out from Headjam to make sure that really went smoothly. 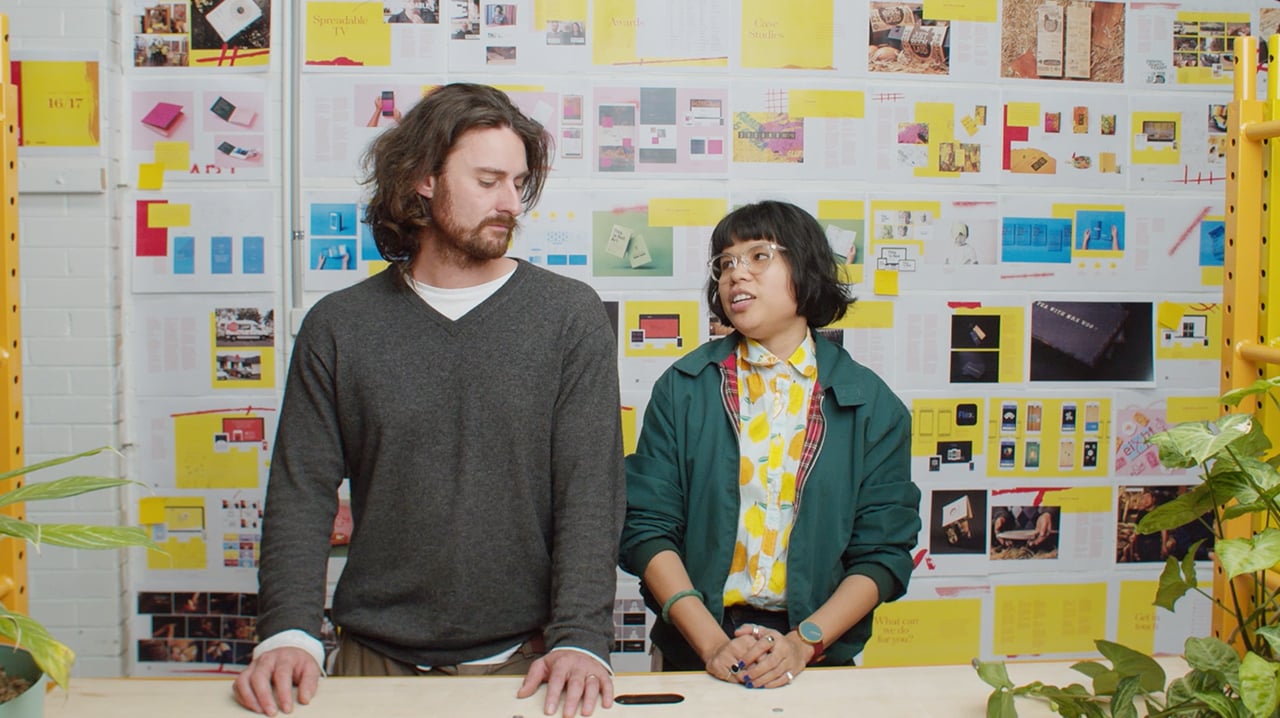