Where we are diving into the project Susuru. Watch our video above, or read our transcript below, enjoy!

SARA: Did you hear that?

LUKE: What did you do?

SARA: My shoulder... Getting old.

LUKE: Ahh... what are we doing today?

SARA: We are talking about a brand new ramen and gyoza bar which is opening in Newcastle.. so soon... in like the next... minutes... Minutes away from opening.

LUKE: By the time this comes out... probably open.

LUKE: So Taiyo, a longtime client at Headjam who runs Nagisa, came to us and said that he wanted to bring Tokyo to Newcastle...

LUKE: … in the form of noodles and soup.

SARA: We're not doing that. That'll definitely make the edit. So today we're going to be talking to the Headjam team and the team from Susuru. From Headjam we'll be talking with Mike, and Sarah, and Jace; the design team.

LUKE: And we're going to be heading over to the restaurant at Susuru which is very exciting and we're gonna be meeting with Taiyo who is the owner operator, and we're also going to be speaking with Chris, the executive chef.

SARA: Hmm. Do you think we'll get Ramen? 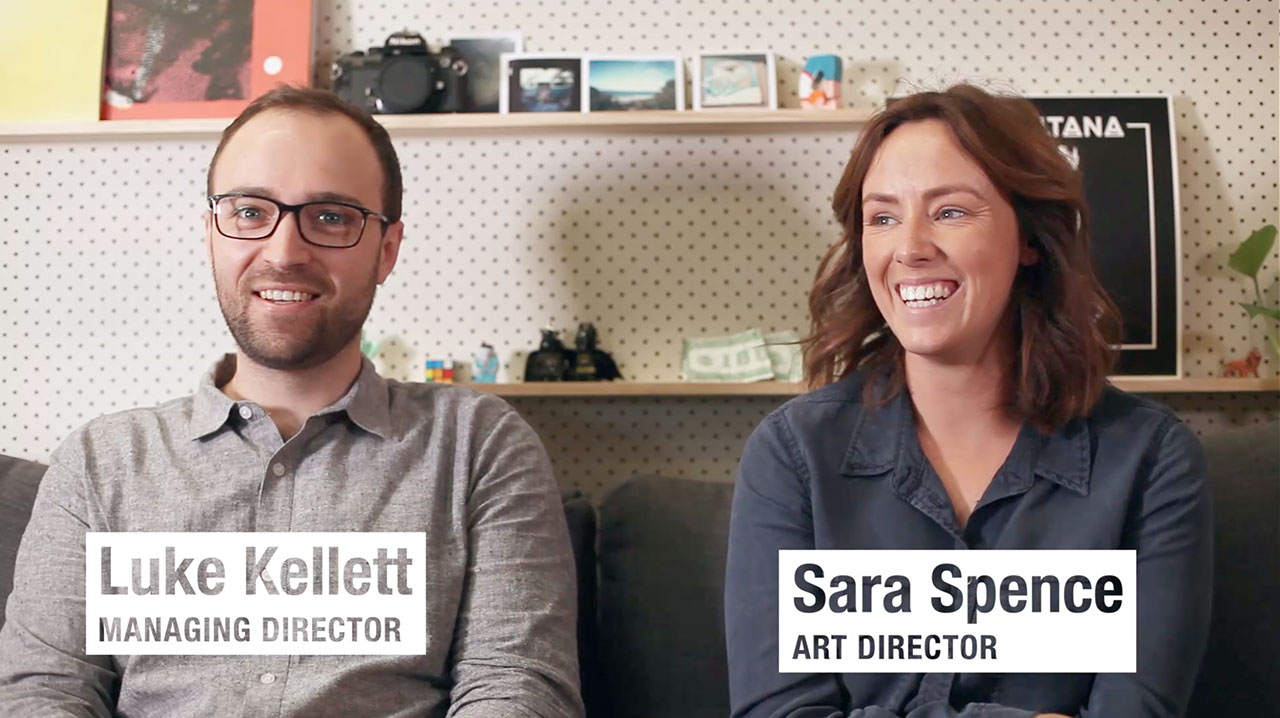 MIKE: I spose the most interesting thing for us was the sense that it was going to be authentic. That it was going to be a real sort of Tokyo experience. Susuru means slurp. Now slurp is something that us Westerners go"Oh that's a horrible thing to do when you're eating." But it's actually... in a way polite in Japanese society. It's actually a practical thing. So when you're sucking on the noodles what you need to do is slup because slurp actually helps cool them down but it also increases the flavour. From the name which came our client... It lead us to go okay this is also fun. Like noodles they're a fun thing to eat. That led us into things that they create in Japan. I mean it's just it's such a graphic country in fact they hardly use their language in some ways. They use graphics so much to explain what they want to convey. So for us it was such a rich place to delve into. 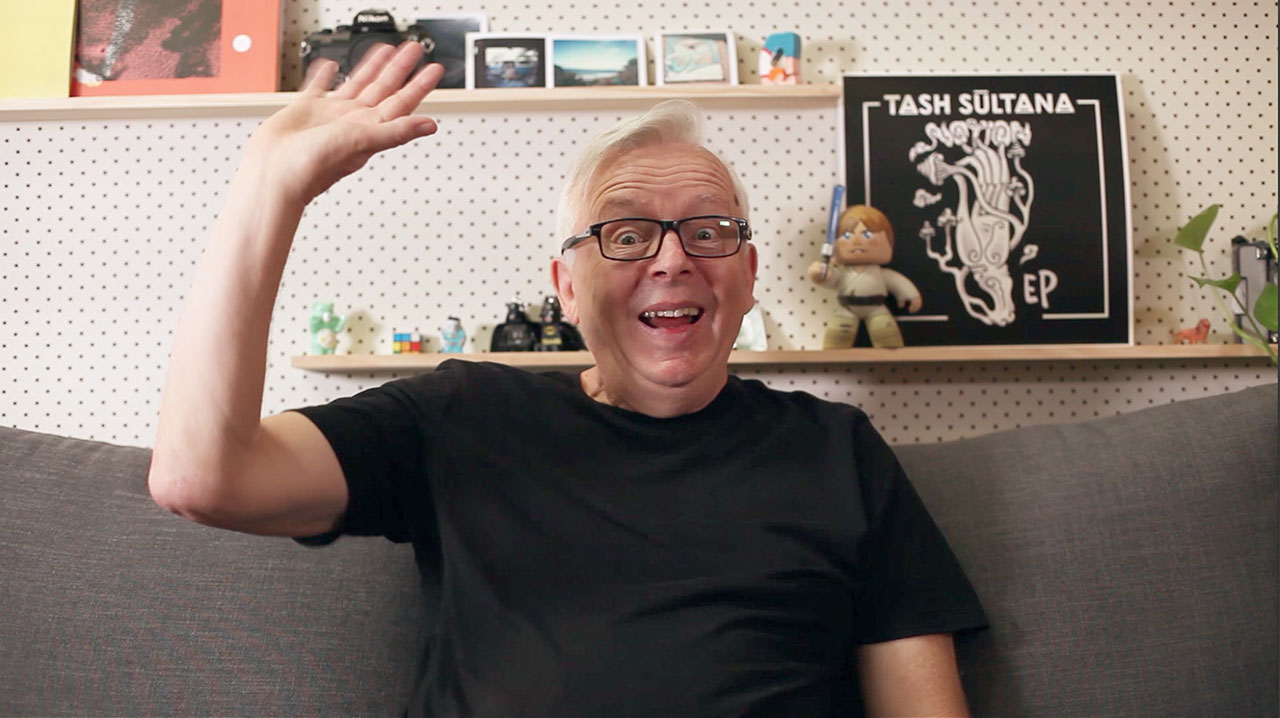 SARAH: Susuru is Newcastle's first Ramen and Gyoza bar. So what we wanted to do was create a tiny little piece of Tokyo right here in Newy. The branding look and feel is really vibrant and colorful. It was all about crafting a layered, textured kind of platform that really felt like the busyness of Tokyo. There was lots of different pieces that we applied the graphics to. So there was obviously the logo which is in itself quite simple and used the Japanese character for Susuru just to add that little bit of authentic Japanese. We then made all the graphics they were applied to lots of things. So we did signage, we did loyalty cards, menus, uniforms, really great bandana all the little bits and pieces that kind of come together to make a restaurant. We were lucky enough to work with the architect Ben who had created a very beautiful and stunning but quite bold and minimal interiors and we wanted to bring in a layer of that busyness over the top and kind of work with him to create something that made an overall very beautiful space to enjoy your ramen. 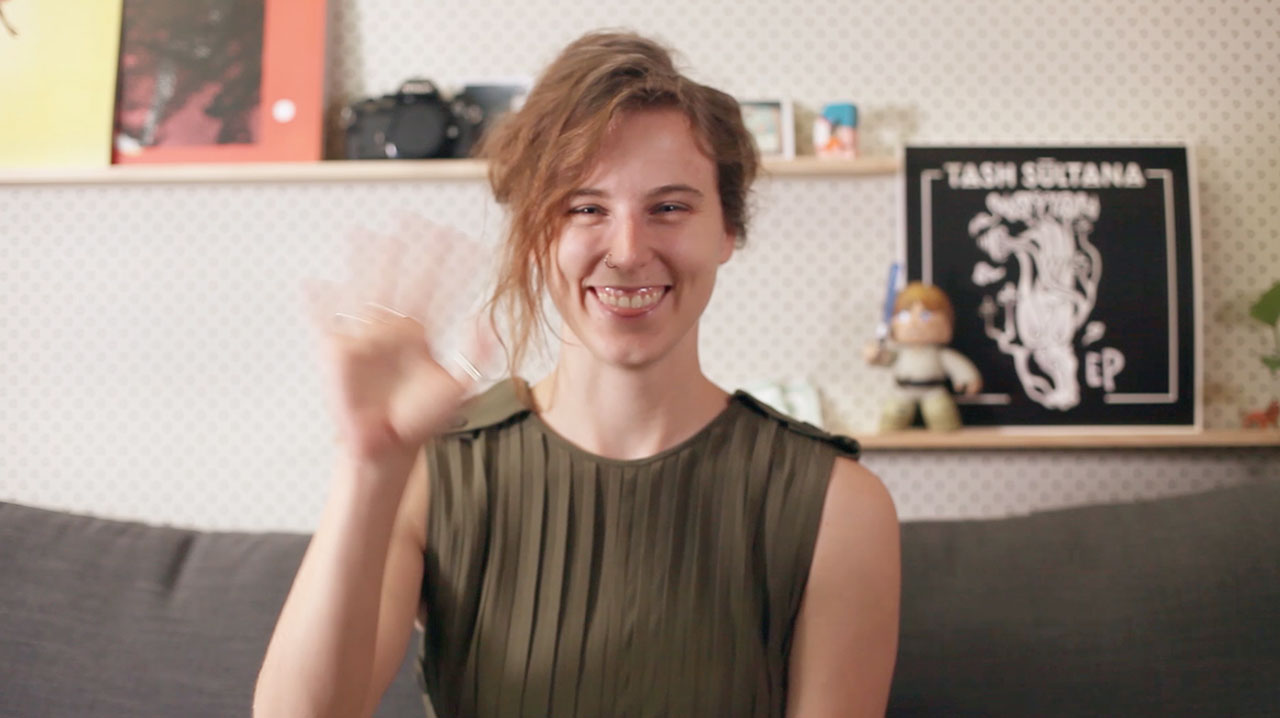 JACE: The process that I adopt usually with the illustration is starting with sketches and roughs. So I'll start out looking at some inspiration. For this project I looked at a lot of anime characters like Dragon Ball, Z Naruto, Pokemon. I wanted to get this broad cross-section of different styles. The rough sketches that I start with are just pencil. I don't tend to spend too long on those because it's really just about getting out a multitude of different ideas quickly, and then from there looking at the ideas that you might want to spend more time on. With those rough sketches I'll generally photographed or scan them in and dim those down to just the reference in the background while I'm working away. But I'll also go back to a lot of the reference photos that I found online or through some of the comics that we have and that will form the ongoing inspiration while I'm working on these characters because they're not... they usually start out a certain way, they won't often end up that way. So we had a lot of different comic panels that we did. Some of these characters are in different poses. So I started out with a straight head shot of these characters and then expanded them out to a costume design and having a look at the greater character design of these things. The different angles we wanted to explore with the brand. So working on these character designs and developing them over time is really great I guess when you get to see them executed and at the real world and bringing them to life which is probably one of the best parts of my job illustrating.

TAIYO: I think new cast is gonna fall in love with Susuru because ramen and gyoza is an indulgent food and it's just fun. It's multi-layered, it's a lot of rich flavors. Also it's something different. Adds to the culinary landscape of Newcastle.

CHRIS: So we went to Japan a few months ago and we just went to a ramen school for five days and that was just to learn the sort of very traditional Japanese techniques involved in actually making the ramen. I think what we've tried to do at Susuru to make it a bit unique is to bring those really traditional Japanese techniques and freshen it and while at the same time keeping it grounded in that sort of Japanese tradition.

TAIYO: We've worked with Headjam on a number of projects now and I, I think I enjoy the process that the most. It has been a great process and their experience adds to the end product that I'm looking for. I think it's important that both the designer and the owner is on the same wavelength to create something that's pushing on the boundaries and I think we achieved that with Headjam.