Last week I led the session and decided to pick the topic: "how the Headjam team all have super hero powers of some description". For those of you that know me, you’ll know that outside of Headjam I’m a bit of a gamer and comic nerd. I like to play Magic the Gathering and Dungeons and Dragons, both of which have a lot of skills that are directly transferable into the day to day role of an MD. That, however, is another blog post for another time (or a coffee catch up if you are interested)!

We’ve had a few new Headjammers join the team over the last few months and some new clients to boot, so the idea behind this was to help re-introduce everyone to each other and the ‘super hero’ skill set each team member has.

For this session we had 3 Headjammers away on shoots so only 9 super hero’s have been created. We’ll add the other three at a later date.

So how did we run the session?

Each team member drew another name out of a hat and then had to create a superhero sketch and description of the other's super powers. Here they are:

Super Spence was born on a mystical island where she learnt the art of design from an early age! She is the queen of the perfect multi task and has invented go go gadget arms to help her on the quest of everything she wants to do!  After deciding that sleep was ‘inefficient’, she developed two additional heads that could alternate between sleep and work! Her mad skills are used around the world to create ads, design and 3D print jewellery. If Super Spence can’t do it no one can.

Helen was just your ordinary Melbourne broadcast designer until a graphics accident on a flight to London tore her apart at a molecular level.  Her body slowly rebuilt itself after a long year but stronger than before and with ‘mysterious powers’.  Now she fights crimes against video editing as ‘The Motion Blur’, sprinting on her powerful bike “Betty” to stop star wipes and bad green screens everywhere.  The world will be safe again unless she is stopped in her tracks by her nemesis, THE RENDERER. 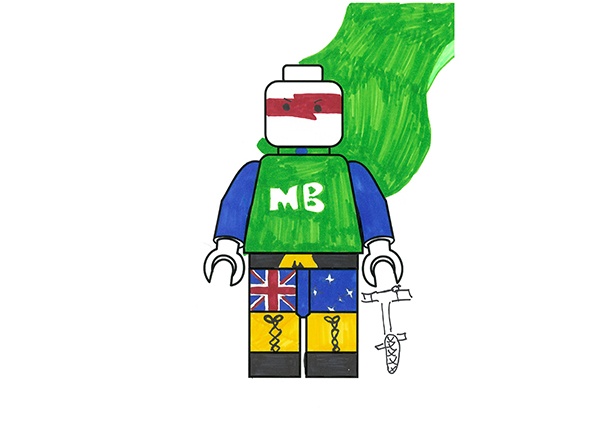 Glitter Girl has the profound ability to make everything shiny!  Candice protects her two super children from baddies all around the world with glitter to the face. Her glitter sparkles so bright that no one stands a chance against it. As well as her glitter power being used against the baddies of the world she uses it to keep everything on track in the studio, keeping everyone glitter happy and on task day in day out. 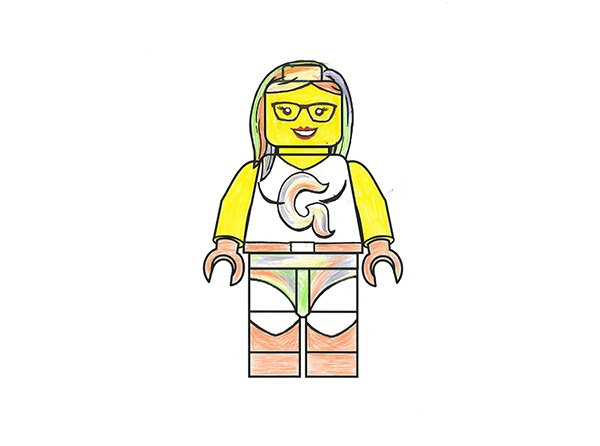 Jace is a new recruit who has been proving himself worthy with his dry sense of humour, pencil skills and supply of Doughnuts. Never one to turn away from an illustrative challenge, Jace can be found ambidextrously solving design problems one pixel at a time. PS. He loves doughnuts. 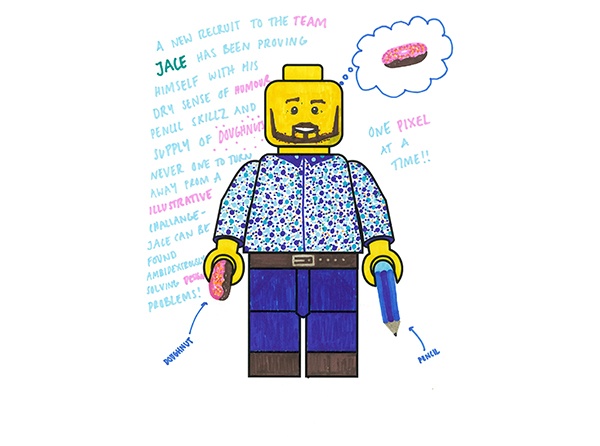 Vowing to serve his fellow Headjam dream team through technical prowess, young Ben Norman took the jam syrup to become one of Headjam’s two-man beta/techy army.
Fighting to resolve ugly design, poor user experience and a lack of innovation, Captain Beta is a living, breathing symbol of HTML, CSS, Java and Bootstrap….. the list could go on.
Captain Beta has mastered the communication arts and has combined this with his technical powers to develop his own form of beta combat.  Most notably his body eliminates the excessive build up of coffee brain by producing considered ripples of banter that are thrown from his body when he presses the big ‘B’ on his shirt.

Powered by her bubbly personality she can fly to any location to get the job done. This happens often to be a romantic winery in her motherland of Italy. She has wondrous skills in Brand Management and strategy that help the team leverage their individual skills on each project to maximum effect. Much like curating grapes for a fine wine, The Jolly Grape Jetsetter will hand pick her team thats right for the task and make sure the vintage of every job is the best it can possibly be. 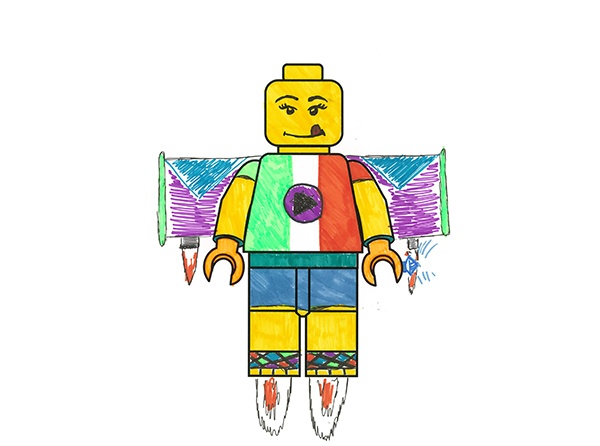 Bre’s extensive experience and expertise developing an organisation's digital and social media marketing strategies makes her our super media master in all things digital. She entered the digital realm via a break in the matrix she found during her super youth, tweaking and maximising results to generate positive change for her clients. Producing a large amount of work in a small amount of time is also a benefit of having access to the digital marketing matrix; one she takes full use of at every opportunity, slowing down time to her advantage each day as needed. 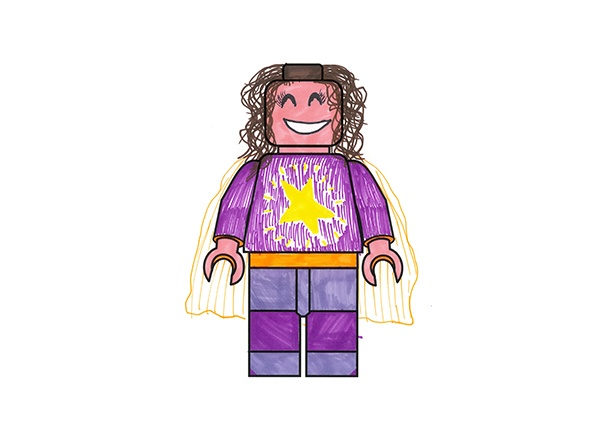 From a small regional town in Newcastle, James appears to be just a regular Aussie bloke on the surface: a loving husband and devoted father of two, who runs marathons in his downtime (for fun!). But don’t let that fool you, because during regular working hours James becomes ‘Mr Apps’. Any platform, any operating system, he’s your man! 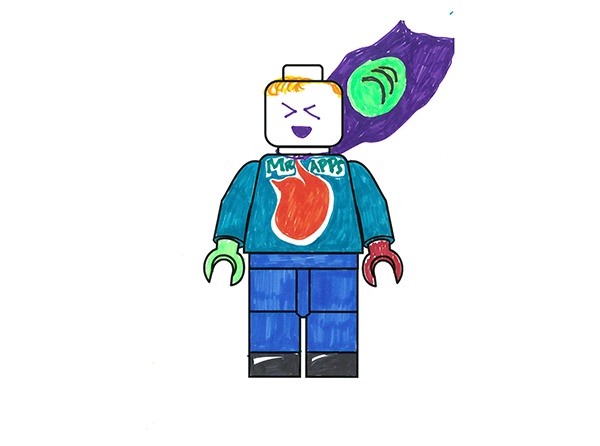 Super Luke needs no fancy cloaks or flashy gimmicks because he will dazzle you with his ‘Super Brain’! Packed to the brim with so much knowledge, you will wonder how it’s humanly possible to know so much (well obviously it’s not… that’s his super power).  You know you are in safe hands when you’re with Luke, he’s a super creative with incredible insights about your business and industry that should blow your mind.  Don’t put your business in anyone else’s hands. No-one will look after you like Super Luke. 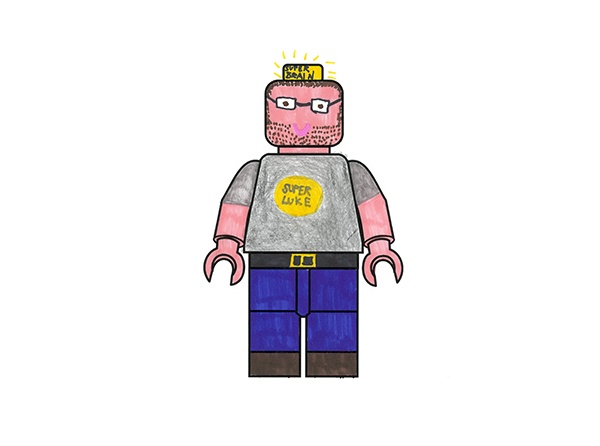 If you’re interested in reading our actual bios, you can head here: https://www.headjam.com.au/meet-the-team

Thanks for reading, come back for more updates on our super team later down the track.