As any dedicated Headjam Facebook stalker is aware, every Friday Headjam has a brief team-building exercise that forces us to work together, be creative and have fun. This 30 to 45 minute activity is sometimes more successful than others, and last Friday's was a definite exercise in growth and humour. While the finished product (unofficially named black-cat-sketched-on-pumpkins) may leave little to be desired, the process that lead to this creation is really what makes the story worth reading.

With the seven Headjam participants last Friday, we took our job roles and went crazy, reassigning ourselves new jobs based on the title we drew. The job roles were account coordinator, project manager, creative director, designer, developer, videographer and copywriter. Taking our traditional roles and reassigning them, we had a daunting and hilarious task on our hands.

As there was no world wide web in this process, the person who drew web developer was dubbed "the pumpkin implementer".

For everyone else it was a wild card, and comedy ensued as Nora, our junior designer took the role of creative director, and developer Ben took up the account co-ordinator role and had the challenging task of finding the markers and art tools and getting them to the designers. He got a bit frustrated when halfway through the project the designers requested tracing paper as "they should have told me everything they needed from the start!" Ben left the meeting halfway through to go "drum up some more pumpkin painting business."

Our designer Anna was dubbed videographer and photographer, so she set up a recorder and climbed all over the studio to get good angles as you can see now. Josh, our animator, drew the task of project manager, so he quickly assumed position by telling people to hurry up and by being confused as to what was going on.

Headjam's account coordinator Alex was assigned the role of copywriter, so she laughed a lot at everyone's new job roles and jotted down a few phrases to later throw something together for the blog.

All in all, the pumpkin got wrapped in the 45 minutes allocated, and according to Ben, the client was happy, so he quickly sent off the invoice.

The pumpcat now sits proudly in the studio watching over us all, as we return to our real job roles with new insights as to how it is to be the Headjammer next to us. We're one step closer to being a PURRfect studio. 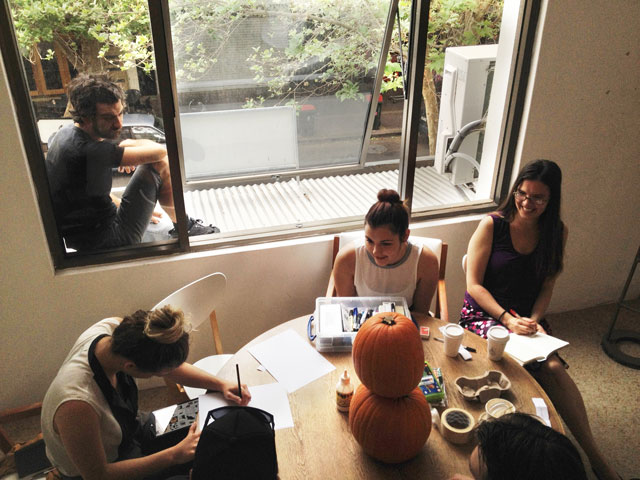 The designer begins with the help of the creative director while the developer waits patiently. 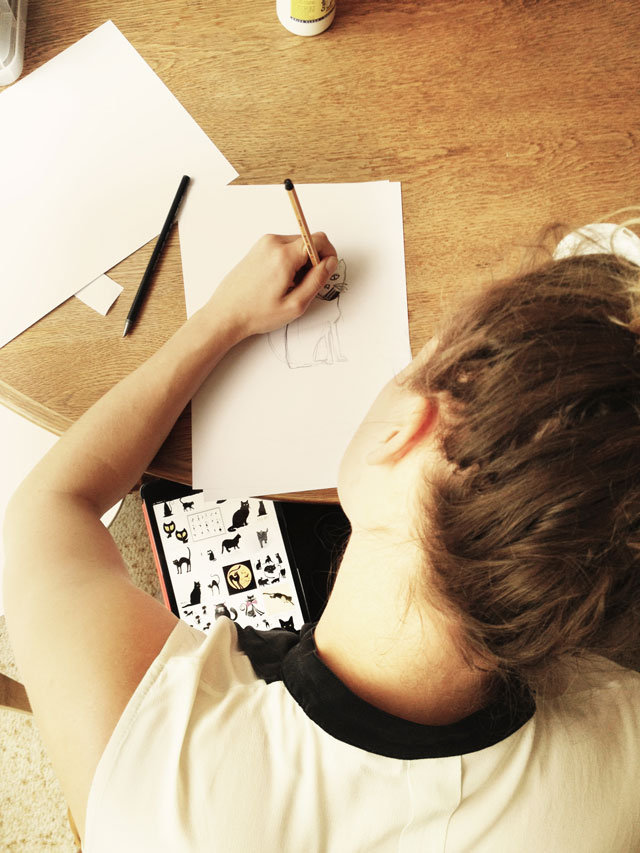 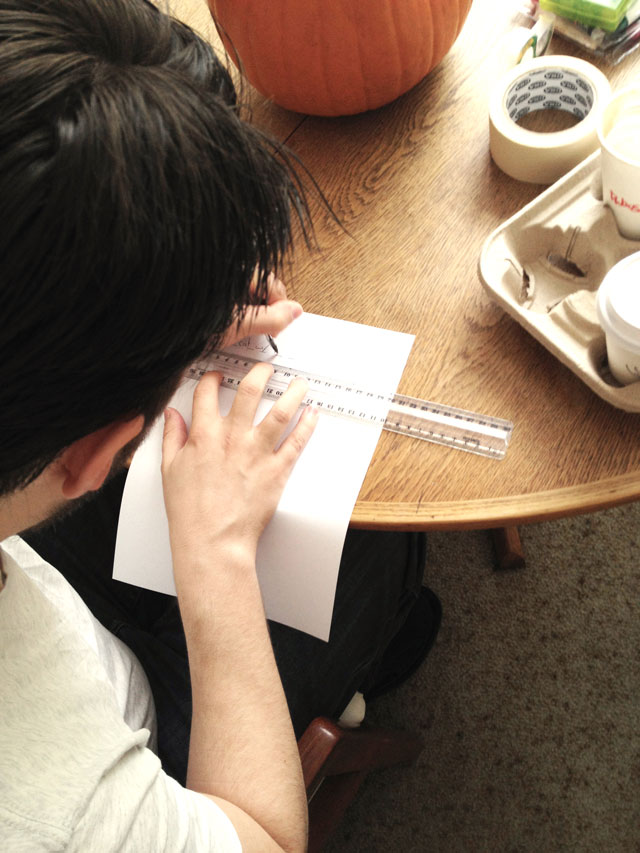 The account coordinator begins his estimating for an invoice.

The project manager and the account coordinator had a quick chat about timing and meeting the deadline.

The developer has been briefed and is now allowed to implement (no coding necessary). 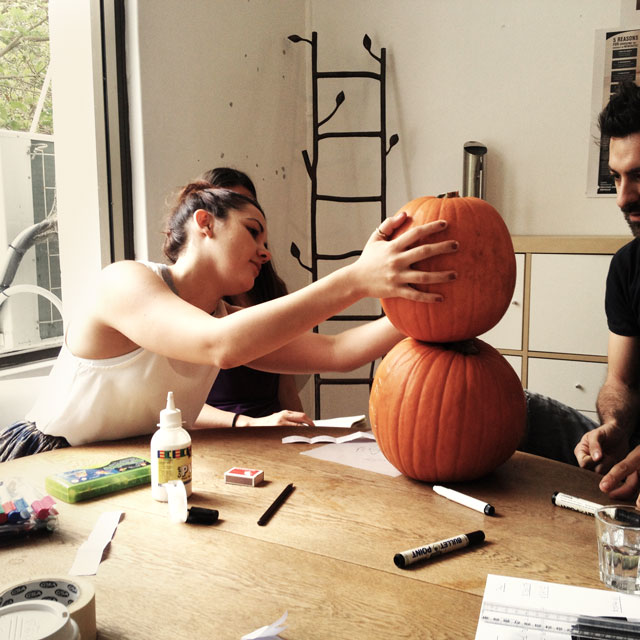 The Creative Director was concerned her vision was being lost so she had to interject. 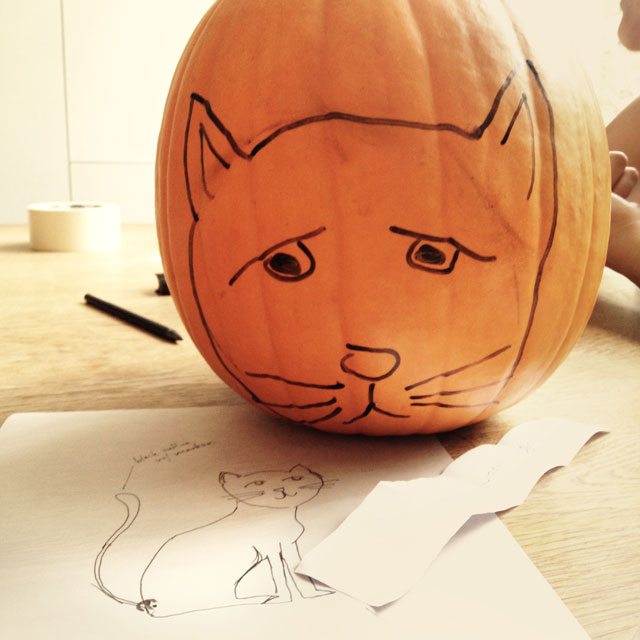 The pumpcat awaits its body. 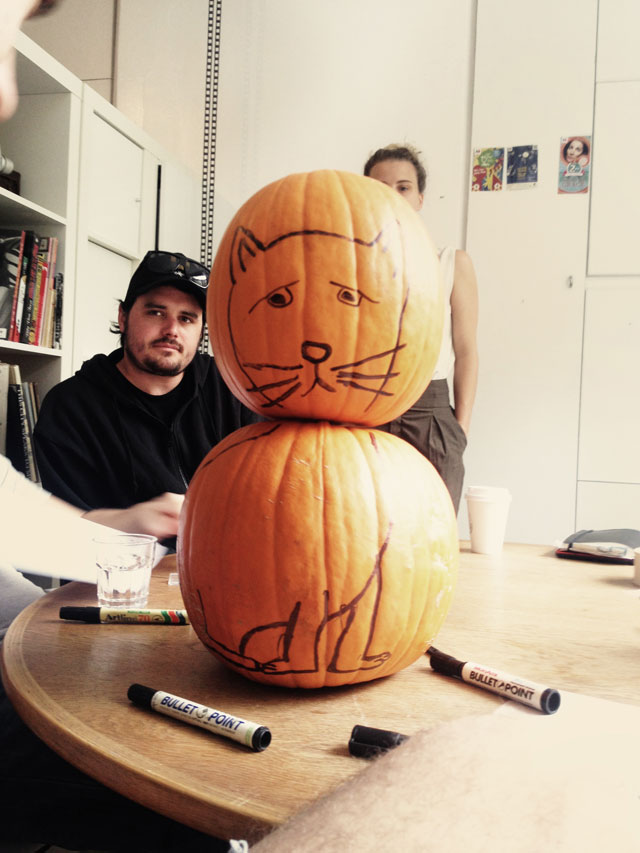