Headjam heard about Sophie Elinor via Facebook (which Sophie is not on) after her clever typography of ampersand illustrations, The Amperclan, went viral.

She is a friend of Headjam's illustrator Keo Match, and she works and lives in Newcastle. Last week, she launched her own font, Strato, with a New Zealand type foundry Ten Dollar Fonts! We tracked Sophie down for a chat to learn about her process, her work and her love of typography.

"Typography is where design meets language," Sophie said of why she loves typography more than any other design form. "The right font or lettering can really enhance the meaning of written communication."

The 24-year-old doesn't have a lot of spare time, because she is also a designer for The University of Newcastle, and a radio producer for ABC, yet every week she donates her time and works on improving her typography skills with Wayne Thompson of the Australian Type Foundry located in Merewether. Her Amperclan idea was spawned with the help of Wayne.

She was creating a font that was very feminine and which Wayne kindly dubbed the "girly pubes font". When she showed him her ampersand design from the collection, he called it a "pubersand".

From that rather awesome beginning, she took what might have been interpreted as criticisms, and began to build a beautiful and hilarious collection of different ampersand themes.

Her Amperclan has every possible ampersand pun on the planet, yet she's got a list of more she's working on. She's made an ampersanta, sandpersand, Vietnampersand and heaps more. She doesn't know if she'll ever stop creating, and she's even created T-shirts and mobile phone cases for them! We were very honoured when Sophie made us our very own Headjampersand!

Her witty Amperclan is just one of the many different styles of typography she's been working on. Each week, she assists Wayne with the many jobs that are involved with making semibold, light and italic versions of typefaces.

"I would like to be a type designer,' Sophie said, "I've worked with Wayne and seen what goes into it, and it's hard work. The initial design is the fun part, after that, it's a lot of work."

Though she's now enthusiastically working in graphic design, when she began her degree in the same field she wasn't sure if she'd picked the right discipline.

"It was a lot of making things look pretty, but not much substance," Sophie said of her original graphic design impressions.

Then a lecturer had her do a presentation on Jonathon Barnbrook, and she was blown away. She liked the way that he was a designer who was also very anti-establishment and controversial. Barnbrook was the first to sign a "first things first" manifesto, a declaration for "democratic forms of communication - a mindshift away from product marketing and toward the exploration and production of a new kind of meaning".

With new ideas about communication planted in her head, Sophie began to rethink her impression of graphic design, and when she graduated in 2011, she had a new faith in the discipline.

"I like when graphic design can be used to help people spread a positive message," she said.

Sophie attended a design workshop in Rome in 2013 run by the NY School of Visual Arts. It was here that she first began to develop the Strato typeface she's publishing now. It has taken 9 months for her to completely finish it: all work she's done when she's not working for the University of Newcastle or producing radio shows.

Her entire Strato font family is currently available until April 20th at 50% off. At $15, it's a pretty amazing deal. It includes with six different styles uppercase and lowercase.

Sophie's plans for the future are grand and still being defined.

"I would love to be in New York City, but I don't know how realistic that is," Sophie said. She'd love to do more work with visual communications, and she also hopes to have an overseas trip every year. You can read about some of her past adventures abroad by reading her blog.

She talked to us about her creative process, and she noted one similarity for every job she does.

"Everything starts with a bit of research," she said.

Headjam can relate to that.

Sophie's a fan of Twitter. You can follow her @SophieElinor. She's had an incredibly positive reaction from the Twittersphere, including Adobe Creative Cloud retweeting her work, and almost 2,500 views on Imgur! Sophie's graciously provided a list of people and websites she gets inspiration from and also a great list of people to follow on Twitter. 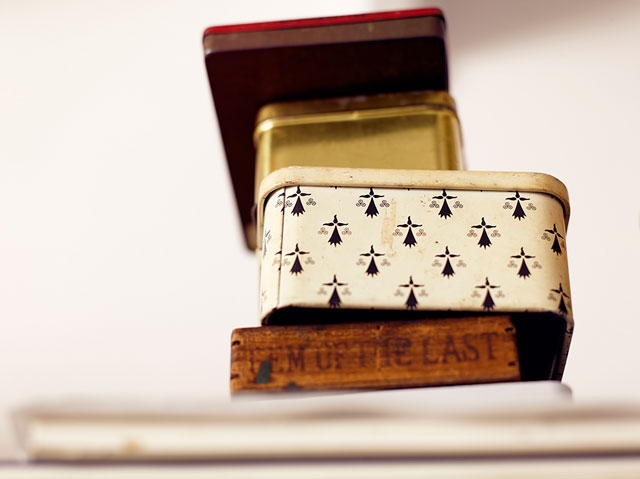 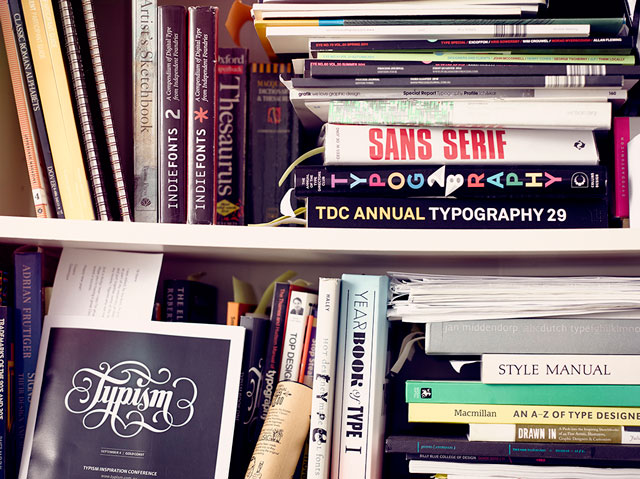 Sophie and Wayne at the Australian Type Foundry.